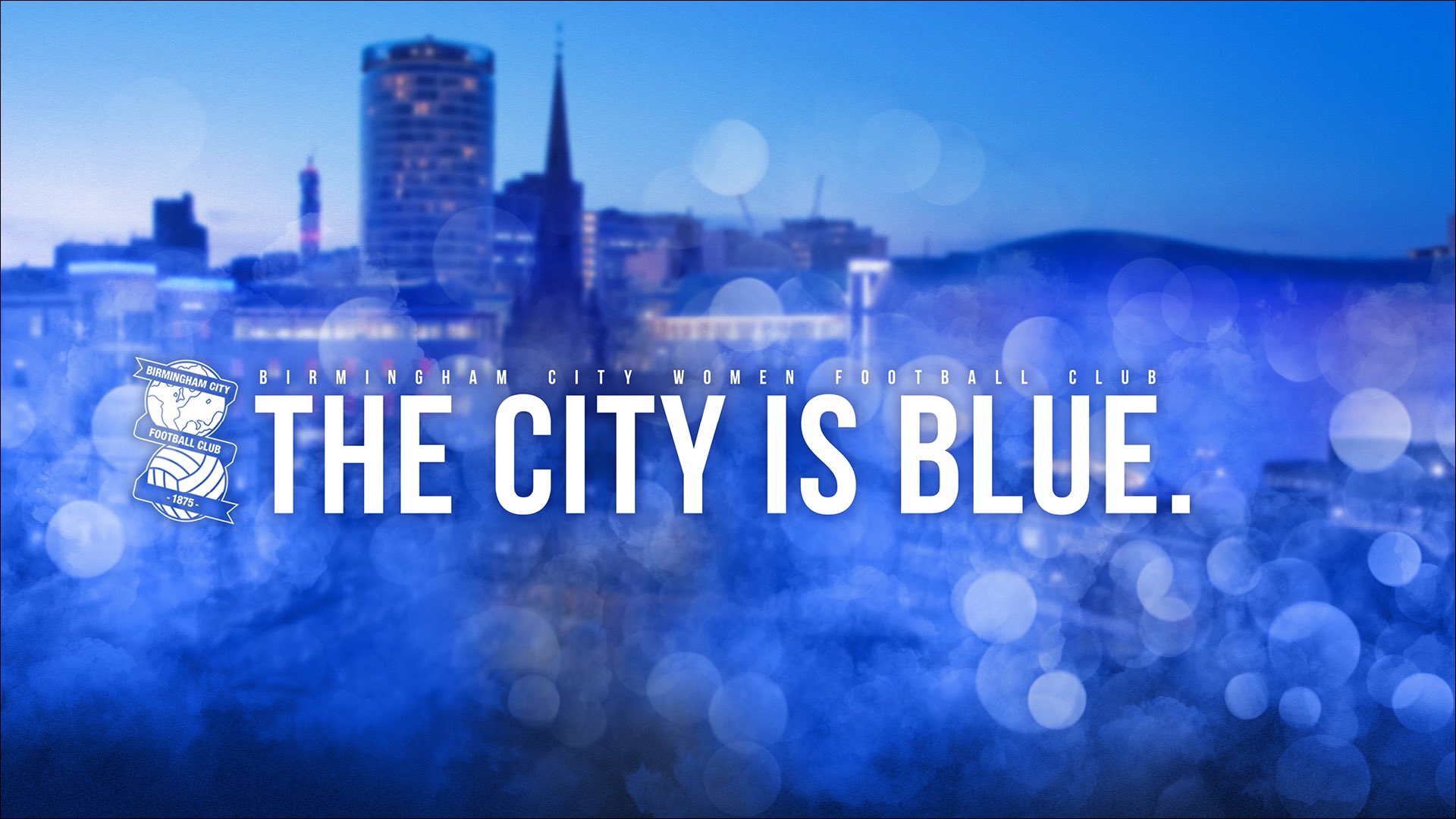 The City is Ours! On a wet Saturday afternoon at Villa Park, Blues scored yet again through Claudia Walker and eventually held out for a deserved 1-0 win.

Going into this game Blues had massive injury problems. Sarah Mayling, Abbi Grant, Jamie-Lee Napier, Gemma Lawley, Heidi Logan and Lily Simkin were all unavailable as were the Academy girls, which meant Blues were only able to field a side with two substitutes.

After all the hype surrounding the pre-match build up the first half was quite a poor spectacle with nerves probably getting the better of both sides. Blues struggled to retain possession giving the ball away needlessly at times.

A rare mistake by Rachel Corsie led to her giving the ball away to ex-Blue Shania Hayles but luckily for Blues she struck her shot straight at Hampton.

Moments later, Connie Scofield picked up a loose ball from another ex-Blue Chloe Arthur and she played a sublime through ball to Mollie Green who probably had more time than she realised and shot from outside the box for an easy ball for goalkeeper Weiss to collect.

Green was in the action again when this time Claudia Walker played a through ball into the path of Green and this time she ran with the ball closer to the goal before shooting. However her shot was straight at Weiss whereas either side and it would surely be the opening goal.

Blues were glad to go into the half-time break goalless and started the second half the stronger of the two teams. The ball found its way to Chloe McCarron from a Blues corner and the midfielder took a long range shot which went over the bar.

At the other end Villa pressed and they soon found an opportunity to shoot but defender Georgia Brougham was absolutely immense blocking two shots in quick succession. Ex-Blue Emma Follis took a corner and the fourth ex-Blue playing today Marisa Ewers vollyed the cross but was off target.

With less than 20 minutes to go Georgia Brougham hit a long ball forward for Lucy Whipp to chase. She did well to keep the ball in play and whipped in a delightful cross which Villa defender Elisha N’Dow failed to clear properly and her header fell straight to Walker inside the penalty area. Walker took one touch and then smacked the ball into the roof of the net much to the delight of everyone watching from the Blue side of the City!

Connie Scofield continued to impress throughout the game and in the last 10 minutes Blues did all they could to hang on for a famous victory. Substitute Destiney Toussaint came on to replace Emma Kelly and provided Blues with that final bit of energy to see the result over the line. Cue the final whistle and mass celebrations by all the Blues players and staff and of course everyone watching at home. The City of Birmingham is Blue!

Blues Women Fans PLAYER OF THE MATCH: Connie Scofield – Connie was immense today. She was involved in almost everything and played some clever passes throughout the game. She’s been patient for a while but today she deserves all the credit she gets.