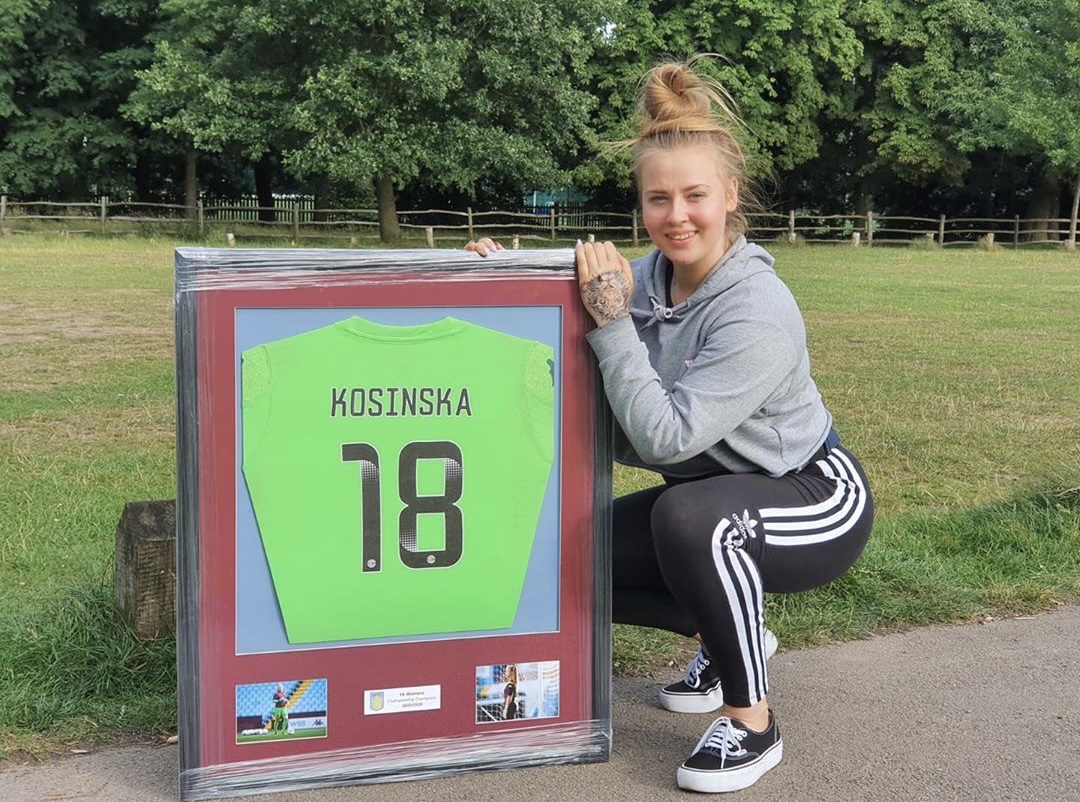 Blues Women made 8 changes to the starting line-up giving some members of the squad a chance to rest with this being Blues 4th game in 11 days. The most noteable change was seeing new goalkeeper Daniela Kosinska who has signed with Birmingham on a dual contract alongside her other new club Stoke City. Poland born Konsinska played at Aston Villa last season and is highly rated by their fans.

The match got off to a fiery start with a bad tackle on Emma Kelly after just one minute on the clock. Kelly had started the game as right back but was unable to continue as she suffered a badly swollen ankle from the tackle.

Sarah Mayling was due to be one of several players being given a well deserved rest, but her rest lasted only 4 minutes as she was brought on to replace Kelly. Mayling played at right back and Captain Harriet Scott played left back.

Gemma Lawley was brought in for only her second game for Blues to allow Rachel Corsie some much needed rest and she partnered with fellow centre back Georgia Brougham. Considering this was the first time Brougham and Lawley partnered together they did extremely well to nullify the Blackburn threat with both players able to confidently play the ball out to the midfielders.

In midfield McCarron started steadily and grew into the game finding her confidence the longer the game went on. Jamie-Lee Napier and Destiney Toussaint each made some penetrating runs on both flanks and interacted well with the full backs and other midfielders. In particular, Toussaint looks like she’ll be a fans favourite in showing no fear as she runs with the ball darting past opponents.

Mollie Green took the game by the scruff of the neck and was very much Blues’ playmaker as she looked to link up with Abbi Grant and Connie Scofield. But it was Green herself that had the best chance for Blues in the first half, picking up the ball on the edge of the box to send a powerful shot just over the bar.

In the second half, Blues made several changes as they went in search of that elusive goal. On came Christie Murray, Claudia Walker and Becks Holloway in place of Connie Scofield, Jamie-Lee Napier and Destiney Toussaint who was unlucky to be substituted so early having played an excellent game up until that point.

Holloway dropped into her now new familar role of left back, Scott switched to right back and Mayling was deployed up front on the right wing. Claudia Walker resumed her role as the lone striker up front.

The changes definitely swung the game more in Blues favour with Christie Murray and Mollie Green both creating chances but couldn’t hit the target. Abbi Grant thought she’d got her name on the scoresheet but unfortunately her goal was ruled out for offside.

Blues finally got their chance with less than 10 minutes to go with a ball over the top that found Claudia Walker in space midway through the Blackburn half. Walker brought the ball under her control but as she raced forward she was fouled by one of the Blackburn defenders that caused Walker to stumble. Luckily for Blues, Walker managed to stay on her feet and the referee indicated play on to allow Walker to advance on goal towards the oncoming Alex Brooks and slotted the goal into the corner.

Blues finally had their breakthrough and it took some heroic defending in the final few minutes to deny Blackburn their equaliser. Goalkeeper Daniela Konsinska had a good game considering she’s only just met her teammates and she’ll be delighted with keeping a clean sheet.

Blues almost made it 2-0 in injury time when the impressive Mayling created herself some space on the right side of the penalty box and fired a powerful shot only for it to ricochet off the crossbar.

Blues will take confidence in gaining their second Cup win of the season and will now look to gain their first league points as they travel to Reading on Sunday.

Blues Women Fans PLAYER OF THE MATCH: Harriet Scott – showed she can be equally effective either as left back or right back and really demonstrated her leadership qualities in giving out instructions to the other players.