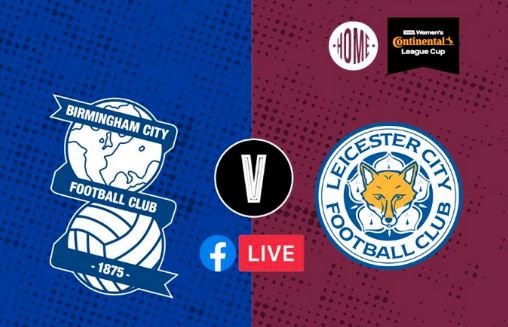 Blues Women will rue their penalty misses as they lose out to Leicester City Women in the Conti Cup. Mollie Green missed a penalty in the first half which would have won it for Blues. In the end the game finished scoreless and went to penalties with Connie Scofield being the unlucky Blues player to miss her penalty.

Blues made 4 changes to the starting lineup with Harriet Scott missing out through injury. In came Gemma Lawley, Chloe McCarron, Emma Kelly and Lucy Whipp. Georgia Brougham switched from her usual centre back role to right back.

Blues played well at times but allowed Leicester too many chances which the visitors didn’t take advantage of. Hannah Hampton was playing her 50th cap for Birmingham City and managed to keep another clean sheet but there were a few scary moments for Hannah and her teammates throughout the 90 minutes.

Rebecca Holloway and Jamie-Lee Napier seem to be forging a great partnership on the left with the two interchaning on several occassions to open up the Leicester defence. On the right Brougham and Emma Kelly also made a number of runs to penetrate a way through Leicester and created several half chances.

Blues were awarded a penalty towards the end of the first half with Mollie Green stepping up but her penalty was saved by Kirstie Levell. That seemed to give Leicester a boost of confidence as they came back at Blues and almost took the lead themselves.

In defence, youngster Gemma Lawley had another great game and was full of confidence. Alongside was Rachel Corsie who was the stand-in Captain for Birmingham this afternoon. Corsie was involved in a fantastic move towards the end of the game where she ran up the pitch with the ball and interchanged with the Blues midfielders but in the end couldn’t make the most of her chance.

Up front Claudia Walker was excellent in holding the ball up with her back to goal followed by turning and getting shots on goal. She also got herself in some great positions and came close with so many other chances which on another day you would bet your house she would have buried!

In the end there were no goals from either team and the game went to penalties. Both teams scored from each of their initial five and on the scoresheet for Blues was Murray, Walker, Hampton, Brougham and Corsie. The shootout then went to sudden death but Connie Scofield blasted her kick straight across the cross bar and Leicester took full advantage to score and gain the additional bonus point to go through as group winners.

Blues Women Fans PLAYER OF THE MATCH: Jamie-Lee Napier – made some superb runs down the left hand flank weaving in and out of defenders and linking up well with the other Blues players.