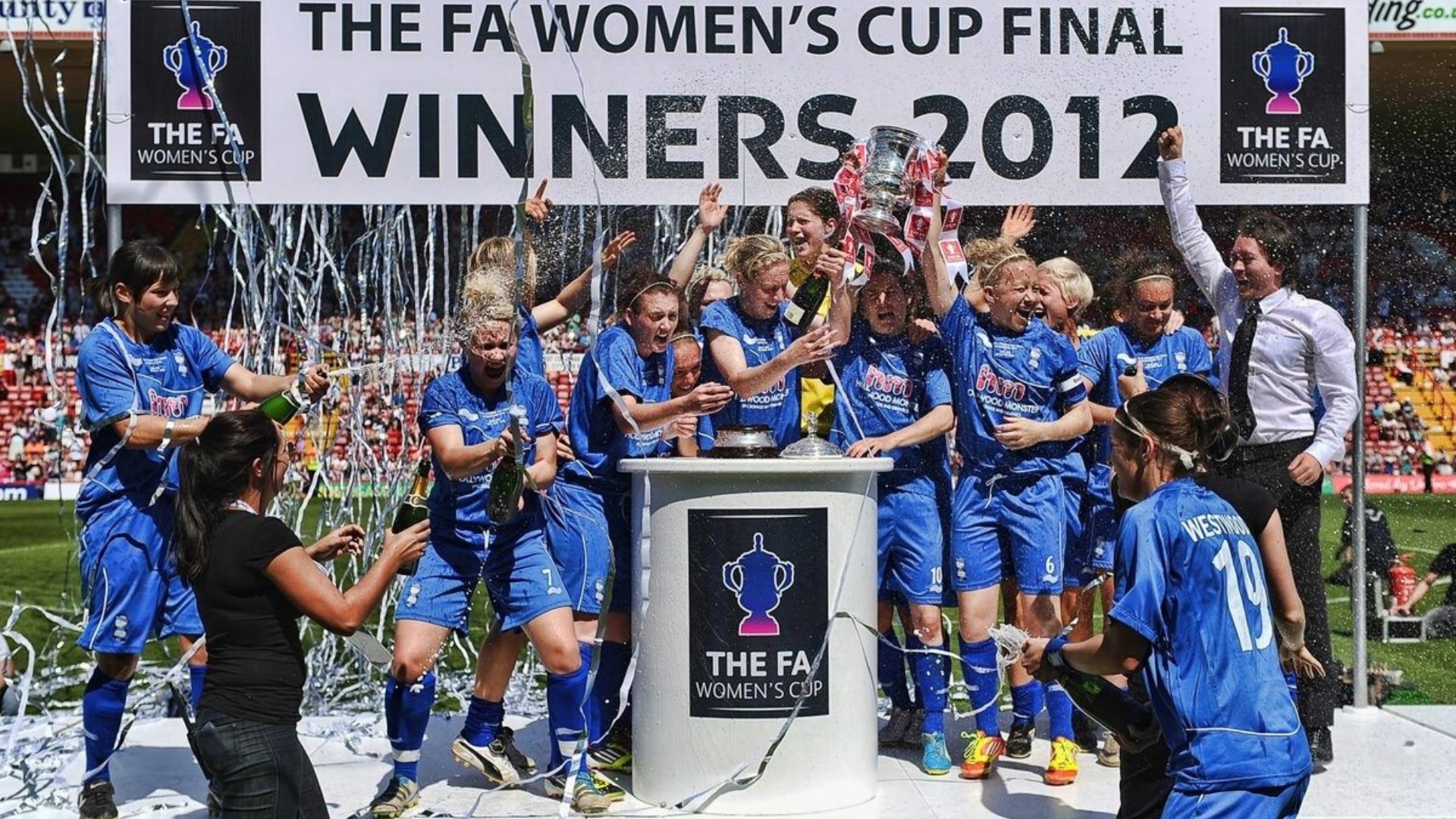 In May 2012, Birmingham City Ladies beat Chelsea Ladies 3-2 on penalties after playing out a 2-2 draw to win the Women’s FA Cup. The game was played at Ashton Gate, Bristol in front of more than 8,000 people.

Helen Lander took the lead for Chelsea midway through the second half and looked to have won the match until Rachel Williams popped up in injury time to level the scores and take the game to extra time.

Chelsea took the lead again in extra time through Kate Longhurst before Karen Carney saved the day bringing the game to 2-2 with just 8 minutes remaining. Blues held their nerve during an exciting penalty shootout to claim victory as FA Cup Winners for the very first time. Karen Carney was deservedly named as Player of the Match.

The chairman, Steve Shipway, said: “It’s a fantastic day for us. When I came to the club 12 years ago, we were in the ninth tier of the women’s game, so this is the culmination of lots of hard, dedicated work by everyone concerned and, hopefully, it’s just the start of a great future for the club.”

The Birmingham manager, David Parker, said: “The turning point was our first equaliser. I thought ‘someone’s looking down on us’ when the ball went in and I felt from that point we would win it – but, in the end, it was too close for comfort.”