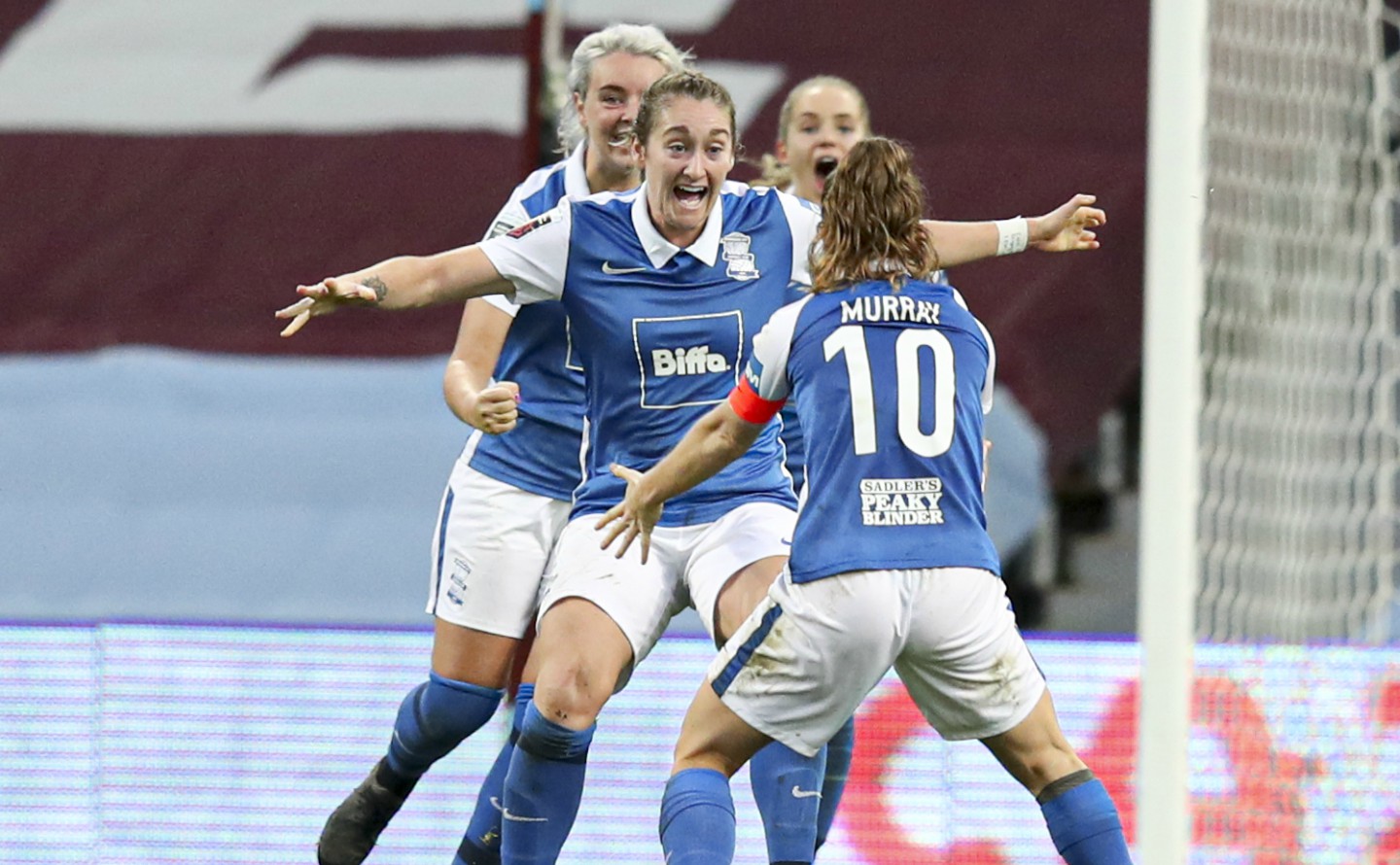 This season Claudia Walker cannot stop scoring goals. At the time of writing she’s scored six goals in her last seven games for Birmingham City. This kind of form is world class by anyone’s standards.

However, life on the pitch wasn’t quite so rosy for Walker when she first joined Birmingham in January 2019. Claudia was the first player to join initially on loan, after previous manager Marc Skinner left and the club hired new Head Coach Marta Tejedor.

In the 9 games (including 2 FA Cup games) that remained in that 2018-19 season, Walker only started 4 of them and she only played a full 90 minutes in one single match, ironically against her parent club Everton which Blues won 3-1. In the other games, Walker was either substituted or brought on as a substitute typically swapping places with Emma Follis.

Given her limited game time it wasn’t a massive surprise that Walker struggled to find the net but I would argue she was being played out of position which is understandable when you’ve got Ellen White returning back from her injury. In fact during those final 9 games, White, Follis and Charlie Wellings were the top 3 scorers.

However, Tejedor and her coaching staff must have still been impressed with what they saw with Walker and in June 2019 she was offered a two year contract at Birmingham.

In the fateful, and prematurely terminated season of 2019-20 Walker made 13 league appearances and 6 cup appearances.

She did not score but let’s be honest here, neither did many of the other Birmingham players and Blues were lucky to avoid relegation after scoring a grand total of only 5 goals in their 13 WSL matches.

In March 2020, Tejedor was finally dismissed and as the coronavirus pandemic took hold, the club went into freefall with another seven players leaving in the summer and no sign of recruiting a new manager. The outlook was really bleak for Birmingham City Women who depend so much on the financial support of the men’s club but once it was known the club would maintain their Championship status, work finally got underway to find a new head coach. I say finally as slightly tongue-in-cheek as Carla Ward was on their radar ever since she left Sheffield United what with her name being all over social media but there seems to be certain things about this wonderful football club that will always remain a mystery!

Ward getting to know the players

When Ward took the job at Birmingham, one of the first things she did was to have a one-to-one meeting with each of the players. Get to know them, ask them how they feel, find out what makes them tick. I remember when Ward was interviewed by the Supporters Club, shortly after the start of the season, she was asked about Walker. Claudia had just scored her first goal for the club in the 5-2 defeat to Manchester United but you could tell there was an air of optimism amongst the Blues supporters.

Claudia had suddenly found form again. Just two games into the season. What had changed? Back then, little did anyone know what was about to unfold, but the signs were there. I remember Carla answering that with Claudia she just needed someone to put an arm around her and show her some love. This of course gave Claudia the much needed confidence boost but of course it wasn’t just about confidence. Obviously style of play comes into it, as does ensuring you get a good supply from the midfielders and wingers which has been so much better this season, but fitness also plays a major part.

Claudia Walker was part of a very small group of players that maintained their fitness through The Elite Football Academy. Lockdown was extremely hard for everyone but I must give enormous credit to the Elite coach in dedicating so much time to work with Claudia Walker, Sarah Mayling and Connie Scofield over such a prolonged period during the summer when the players must have wondered if they’d even have a football club to return to. Massive kudos to these three players in taking responsibility for their own fitness and maintaining their loyalty to Birmingham City.

This girl is on fire

This season Claudia’s hard work is paying off. At the time of writing, Claudia is the third highest goalscorer in the WSL behind Vivianne Miedema and Jill Roord. She’s in good company and has scored more goals than Caitlin Foord, Lucy Graham and Chloe Kelly. She’s also scored more than a whole host of other stars including Fran Kirby, Beth England, Ellen White and Sam Kerr. This girl is on fire!

Next up for Birmingham are league games against Arsenal, Everton and Manchester City as well as a rearranged Conti Cup game against Leicester City. I wouldn’t want to put any pressure on Walker scoring again before Christmas but if she does I’m sure it won’t come as a surprise to many. Success breeds success and I’m sure if the midfielders can get hold of the ball and supply the forwards Claudia knows exactly where to find the net.

Goalscoring prowess comes from within

I would like to make a case that this current run of form for Claudia is nothing new. Some spectators may look at her current goalscoring record and think this is simply a result of working hard with a new coaching team and having good players around her. However, as much as I am a massive fan of Birmingham’s Head Coach Carla Ward, I cannot put all the credit down to her.

Yes, Carla has undoubtedly given Claudia a newly found belief which has enabled her to express herself with such confidence again but I would argue that Claud has always had the goalscoring prowess within her.

In 2016, Claudia was Everton’s top scorer. In 2017, Walker helped Everton win the WSL 2 Spring Series and netted an impressive seven times in nine games. How many other strikers can boast this kind of record?

There is no doubt Claudia Walker is a player who has experienced some exhilarating highs but also some of the dispiriting lows of being a professional footballer. In December 2017, Claudia suffered a serious hamstring injury which required surgery and meant she then missed the remainder of that season for Everton.

England call-up on the cards

If Walker carries on this rich vein of form you would hope that an England call-up can’t be too far away. Claudia has played for England U17s, U19s and the U23s. She captained the U19 team during the first game of the 2014 UEFA Championship, scoring the only goal for England in the tournament.

In 2017, she was in the U23s team for the Nordic Cup under the guidance of head coach Marieanne Spacey. Walker scored two goals for England in their match against Sweden in a tournament England went on to win.

At the age of 24, Walker is in her prime and senior England manager Phil Neville has been quoted that he will pick players based on their form. If Walker continues her form into 2021 then surely a senior England call-up is on the cards sooner rather than later?