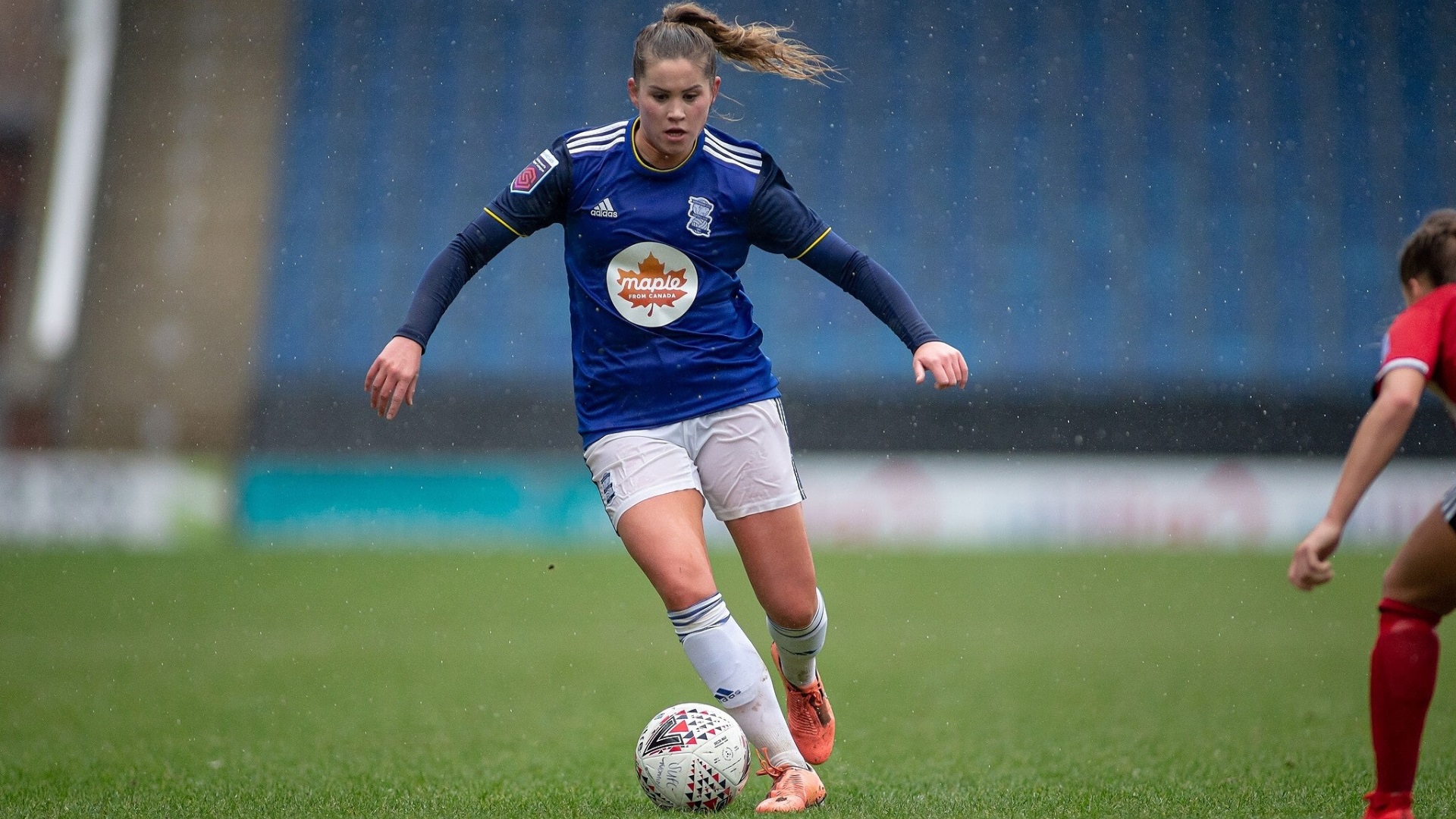 Centre Back, Georgia Brougham, was on loan to Birmingham City Women from Everton Women from January 2020. Georgia only played a handful of games but she made a massive difference to the stability of the team’s line of defence.

Every time Brougham received the ball you felt an air of composure as she confidently brought the ball out of defence and played a clever ball through to one of the midfielders. With only one other recognised centre back in the team, captain Kerys Harrop, Blues really needed Brougham in order to survive relegation.

Brougham was a youngster with Manchester City academy and played under the guidance of manager Nick Cushing. She then made a move to Everton in 2016 where she helped the Toffees win the WSL 2 Spring Series title in 2017. She was a regular in the Everton side until more recently so she was loaned out to Blues to help with her development.

Georgia’s loan from Everton has come to an end but I, for one, hope she will return in the summer for the start of next season.