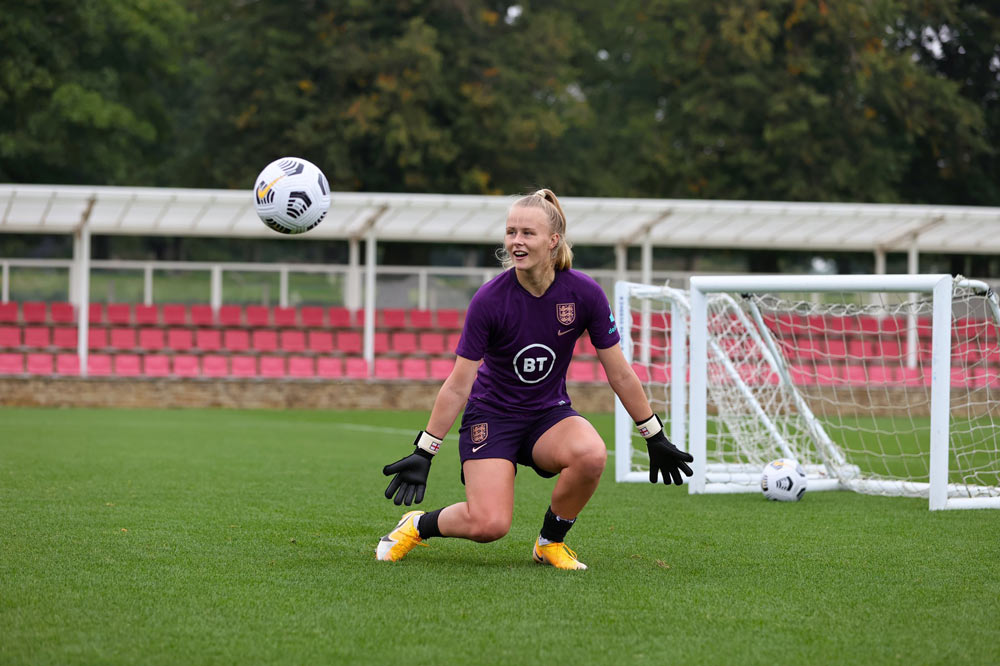 Hannah Hampton is destined for big things. At the age of 19 she was selected by manager Phil Neville for the England Lionesses. She has been with Blues a number of years progressing through their Regional Talent Centre and Academy before breaking into the first team.

Hannah first started playing football when she lived in Spain at a very young age. Interestingly she used to play as a striker and quite a good one by all accounts! She then moved back to England and joined the Stoke City academy where she made the transition to goalkeeper.

Hampton has played over 50 games for Birmingham City which is incredible to think that she’s only 20 years old. Former Blues manager Marc Skinner was the one to progress her career from the academy into the first team where she was initially understudy to Ann-Katrin Berger.

Hampton in the limelight

When Berger left to join Chelsea, Hampton suddenly found herself as Birmingham’s number one. Over the last two seasons no fewer than 19 players have left Birmingham resulting in them going from a top four team to being relegation contenders two seasons in a row.

What this has meant for Hampton is her Birmingham team found themselves being under the cosh in so many games playing against stronger opposition. This meant the likes of Arsenal, Manchester City and Chelsea usually finding ways to penetrate Blues defence and fire so many shots on Hampton’s goal.

Hampton’s record as a goalkeeper speaks for itself. Statistics show just how many shots have been on goal and how many saves Hampton has made. When you compare her to other keepers in the WSL that do not have anywhere near as many shots aimed towards them then Hampton deserves all the accolades she gets.

Hampton is tipped by many to be the Lionesses future number one.