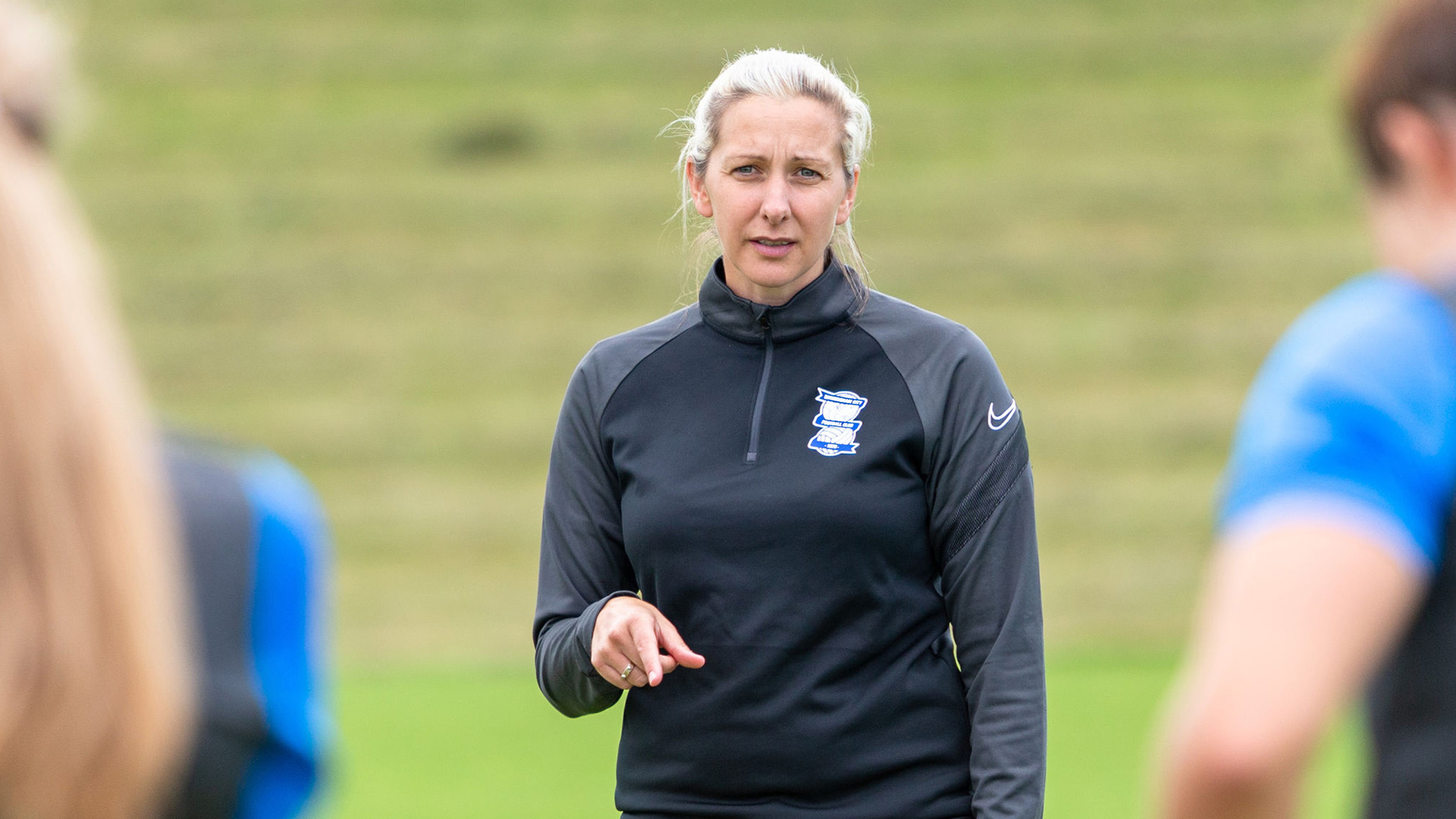 Blues Women Head Coach Carla Ward took time out of her busy schedule to talk to a few lucky fans. Here are some of the highlights…

NOTE: We’re paraphrasing the comments from Carla as opposed to quoting her verbatim so please bear this in mind.

Breaking Covid-19 rules – Carla was infuriated when she heard the news about the two players that were in breach of Covid-19 rules. The club are disciplining the duo and educating them. She said the best way to hurt a footballer is to take the ball away from their feet which they have done through suspension.

Claudia Walker – Carla recognises that Claudia is a definitely a number 9 striker but will play her on the wing when it makes sense tactically.

Injury Updates – Abbi Grant and Christie Murray are very close to being available for selection. Heidi Logan and Vea Sarri are about a month away. Lily Simkin and Connie Scofield need more time.

Player Contract Extensions – Carla would love to be in a position where she could give more details but understandably she was unable to comment further at this stage.

Ruby Mace – Carla was full of praise for Ruby. She said she has unbelievable talent and is the quickest centre-half in the England setup.

Tottenham game – The club have had initial correspondence with the FA and Carla is absolutely confident this game will go ahead in the near future.

Long term aims and agreements – Carla said that no promises were made when she joined the club and the club’s short term aim of project survival is still not safe in the bag. The longer term aim is to progress as a club through investment and no longer be fighting to avoid relegation each season.

Taking the Birmingham job – Carla said she thrives on taking a challenge and is absolutely delighted to be at the helm at Birmingham City. Several Blues women fans have commented on how appreciative they are to have Wardy as the Head Coach and long may it continue.

Jamie-Lee Napier – Taken a while to get her up to full fitness and is now playing 90 minutes every game. Been outstanding recently. Carla said the coaching team are focusing on her defensive duties as well as when in attack. They are also working on her in possession play as well as her out of possession play.

Becks Holloway – Carla was astounded that Becks wasn’t a regular in the Northern Ireland set up. Says she has so much ability and quality. Becks is so much happier playing as a full back rather than centre back where she was last season so this may have something to do with it.

Ruesha Littlejohn – Carla says Ruesha has stepped up and taken on the senior leadership role which was vacated when Rachel Corsie left.

Emily Murphy – Highly intelligent player and works so hard for the team. Very excited for the future.

Player Recruitment – Carla does her due dilligence on players and seeks character references on the person as much as the player. Carla 100% decides who walks through the door at Blues.

Sarah Mayling – Carla was asked where she sees Sarah’s best position being both from the player’s perspective and what’s best for the team. Carla recognises that Sarah is quality in all positions. In our opinion, Sarah has demonstrated she is very creative as a winger delivering those crosses from either the right wing or the left wing.

Hannah Hampton – Hannah’s contribution to the team this season was recognised by Carla. She believes she is the best goalkeeper in the country. Hoping she will get an England debut sooner rather than later.

Blues have signed two more players since our last news update. Goalkeeper Sophie Whitehouse has signed from Tottenham until the end of the season. Blues have also signed Arsenal academy defender Ruby Mace for the remainder of the season.

Blues have only played once so far in February, a very credible 1-1 draw away to Everton.

Blues Women Fans PLAYER OF THE MATCH v Everton: Ruby Mace – an excellent debut from the youngster. Very strong on the ball and so confident with her distribution.