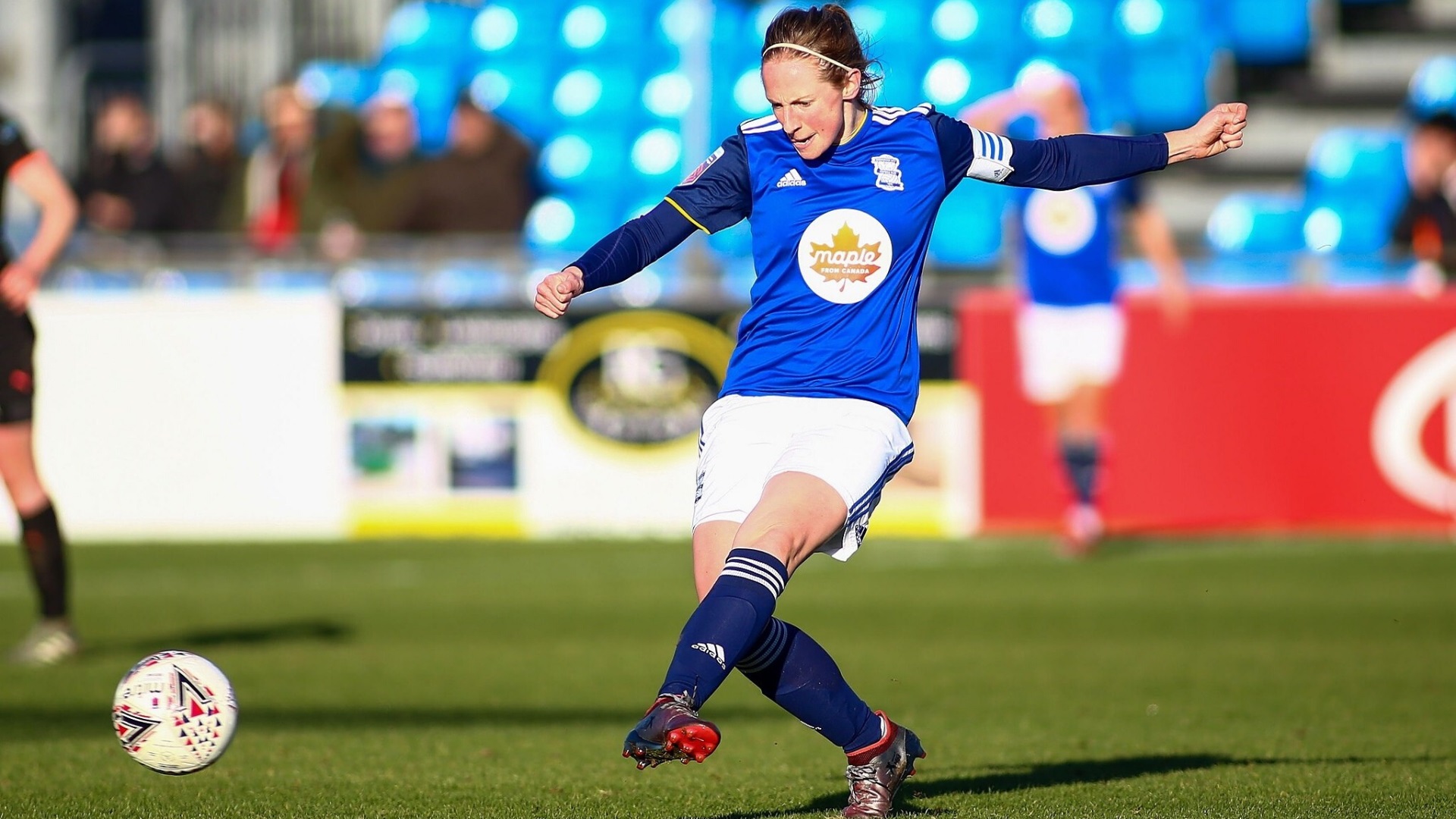 Kerys Harrop is Blues Women’s longest serving player and also Club Captain. She started her youth career with Birmingham City and she is still at the club, aged 29.

During this time, Harrop has seen the highs of Blues wining the FA Cup in 2012, reach the Champions League semi-finals in 2014 and also come runners up in the Women’s Super League 2011 and 2012.

She’s also seen Blues narrowly miss out on winning the Continental Cup Final in 2011, 2012 and 2016. In the WSL, Birmingham were on course for securing another Champions League spot in 2018-19 until manager Marc Skinner departed for America part-way through the season which left Blues still finishing an impressive 4th place.

It’s been a rollercoaster journey for Harrop who has also experienced first-hand several lows at the Club. The most recent low, was when after losing the successful manager Skinner, the board recruited the unpopular Marta Tejedor who never really connected with either the players or the fans.

This disconnect was one of the reasons which resulted in Blues losing ten players during the close season of 2018-19 followed by their worst performance in recent years by narrowing avoiding relegation in 2019-20 before the season was abruptly terminated due to the global pandemic.

Harrop started off as a midfielder before dropping back to a full back position, normally on the left. In more recent years she’s been at the centre of Blues defence forming partnerships with players like Aoife Mannion, Emily Westwood and Meaghan Sargeant.

Her International career has got to be a viewed as a major disappointment and a case of “what-if”. Even though Kerys has played for England youth teams including the U19’s and U20’s, she’s never been selected to play for the senior England Lionesses.

Competition is fierce but you do wonder, if over the years, various England managers have tended to focus their observations on the players playing for the top three of Arsenal, Chelsea and Manchester City. With Harrop approaching her 30th birthday later this year, you would think it is now too late, but one can’t help but wonder if things would have been different and not been so loyal to Blues all her playing career?