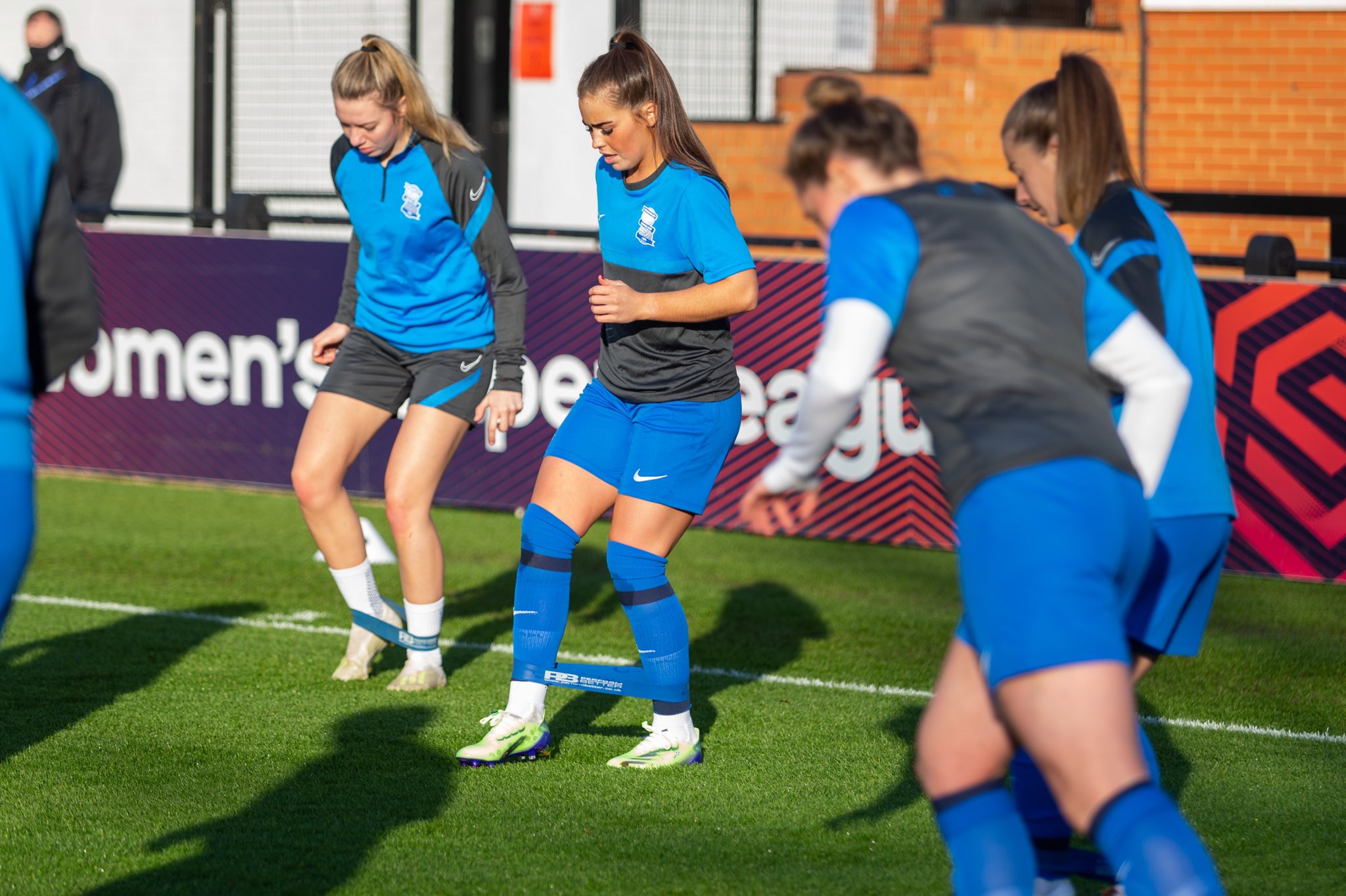 Birmingham City Women played just two matches in the month of January. A combination of waterlogged pitches and not having enough players to field a team contributed to their lack of game time.

Since the new year Blues have secured a credible 0-0 draw at home to Brighton and Hove Albion. Last weekend they suffered a 2-0 defeat away to Manchester United.

Both performances were very impressive especially from a defensive and goalkeeping point of view. However, Blues have now gone 4 matches without scoring a goal so the team will be keen to address this as soon as they can.

In the meantime, let’s take a moment to reflect how January has been for Birmingham City Women.

There has been much talk already on Dubai Gate but as a club, Birmingham City have chosen to remain silent.

Manchester United manager Casey Stoney spoke out over two weeks ago to say she is “sincerely sorry” for giving her players permission to travel to Dubai over the festive period. She also went on to add: “On reflection, it was a poor error of judgement from me.“

By contrast, Manchester City have said they are “drawing a line” under the incident which saw 4 players test positive for Covid-19 after a trip to Dubai. Assistant manager Alan Mahon was quoted as saying “It’s been sorted in the club.”

Arsenal manager Joe Montemurro spoke out extensively about it but to give just one quote from him “From my perspective it’s about the moral compass and the consequences of these situations and the players have apologised for their actions. We have dealt with it from an Arsenal perspective internally.“

Three players from the current Birmingham City squad travelled to Dubai over the Christmas break. Georgia Brougham and Mollie Green made separate trips to the Emirate state. Additionally, although she wasn’t a member of the Blues squad at the time, new signing Ruesha Littlejohn travelled with her partner, Arsenal forward Katie McCabe.

So far, even though the three other big clubs have made their views known, Birmingham City have yet to make any comment. However, that is not surprising considering Head Coach Carla Ward also took a holiday in Barbados over Christmas.

I won’t go into all the vivid detail about what some people have said on social media as much of it has not been very helpful. However I will try and give a balanced view having observed comments on both sides of the debate.

Some people have been venting their disgust that they were putting their teammates and fellow coaching staff at serious risk by taking such selfish actions. Some fans are quoted as saying it’s totally irrelevant whether they were travelling from either Tier 3 or Tier 4 given the seriousness of the global pandemic. And some fans were citing how angry they were given they weren’t even allowed to meet up with their own families and other loved ones.

There have also been many other fans who have been far more forgiving and much more supportive towards the players. In contrast, this group of people have been reluctant to say much on social media, so naturally I cannot reproduce as much in this article, but in private they have been saying things like the players shouldn’t be the only ones being discussed because there were thousands of others from all walks of lives who travelled as well.

Personally, and this is my own opinion, I don’t think Ward or the players have done much wrong. The club(s) in question sanctioned their trips abroad in advance and so if they wanted to travel that was based on their own personal choices. We all make choices in life and each person made theirs in full knowledge of the rules, public opinion and the risks to themselves and to others.

Personally, I think we should take similar action to Manchester City and deal with it internally and announce they have drawn a line under what’s happened. Now, the whole team including the coaching staff need our support more than ever in our bid to finish the season as high as we can.

New Year, new injuries. This month, we have seen the news of yet more injuries occurring. Some of them have been quoted as “freak injuries”.

Connie Scofield has fractured her foot which was reported as a result of going for a walk near her home and she’ll be out of action for at least 6 weeks.

Veatriki Sarri has been reported as requiring surgery and will be out for 4-6 weeks. We don’t know any more details but this injury has obviously occurred since passing her medical when she signed for Blues on January 7th.

These three new injuries have all occurred as a result of something that happened away from a competitive match. If we look at the other injured players there seems to be a pattern forming here…

Heidi Logan first ruptured her ACL in October 2019. At that time, and still the case today, Logan has yet to play a competitive match for Blues first team. She was named on the bench a couple of times earlier in the season but has reportedly injured herself again and it’s unknown how long she’ll be out for.

Abbi Grant didn’t play any matches at the start of the season as it was reported she was on crutches having suffered an injury over the summer.

Lily Simkin also has yet to play any matches for Birmingham since enjoying a successful stint for Blues last season. It has not be revealed why Simkin has been unavailable since the commencement of this season.

This pattern (of players getting injured away from matches) is nothing new. Last season, having not had a game for 2 weeks, Blues were forced to play a number of Academy players against Brighton at the Amex as the team had to deal with new injuries to 4 first team players.

January signings result in a Net gain of one

Blues have made three signings so far in this transfer window. Veatriki Sarri, a forward from Sheffield United. Ruesha Littlejohn, an attacking midfielder from Leicester City and Emily Murphy a winger, signed on loan from Chelsea.

Birmingham have gained three, but lost two. Rachel Corsie has returned to the USA and Destiney Toussaint was sold to Coventry United. Therefore, with the transfer window about to close, Blues have made a net gain of “plus one”. Let’s hope there’s still a late annoucement yet to be made.

In all honesty, Blues desperately need another Centre Back, especially as Georgia Brougham is ineligible to play in the two games coming up against Everton, and even though she has been outstanding Gemma Lawley has very little WSL experience. Blues need more than two central defenders.

Some clubs have been calling up Academy players to train and potentially play with their first team. Last year because of the lack of transparency in the government or FA regulations it was unclear how the various “bubbles” were meant to work in practice.

Supposedly, the first team were training in one bubble and the academy in another. However, this was all very well for when players were in the training environment but what about when they went about their personal lives?

First team players and coaches have been freely mixing with academy players and coaches. In some cases they actually co-habitate so this idea of maintaing separate bubbles seems a good idea in principle but in practice was never going to work.

The key to solving this conundrum is to introduce more testing. The more people that are tested and the more often they do it, the safer everyone will be. That way they can bring more academy players into the first team.

Blues have brought youngsters Abi Cowie and goalkeeper Libby Hart into the squad and they were both unused substitutes in the match away to Manchester United. Birmingham have always been very good at bringing talented youngsters through the RTC and Academy teams so it’s great to see the Club continue to do this.

The Future Is Blue

With a backlog of fixtures to catch up on including this season’s FA Cup competition it looks like Blues will have a busy few weeks ahead. There’s the West Midlands Derby to look forward to again with ex-coach Marcus Bignot strangely taking the Interim Head Coach role at Villa as an added spice.

Looking back over January we have made a promising start. Keep Right On!

Blues Women Fans PLAYER OF THE MATCH v Brighton: Emily Murphy – made some superb runs down the right wing weaving in and out of oppositiong players and putting some good crosses in.

Blues Women Fans PLAYER OF THE MATCH v Man United: Hannah Hampton – fully played her part in helping keep the score down against a dominant Manchester United side who had 23 shots on goal including 8 on target.