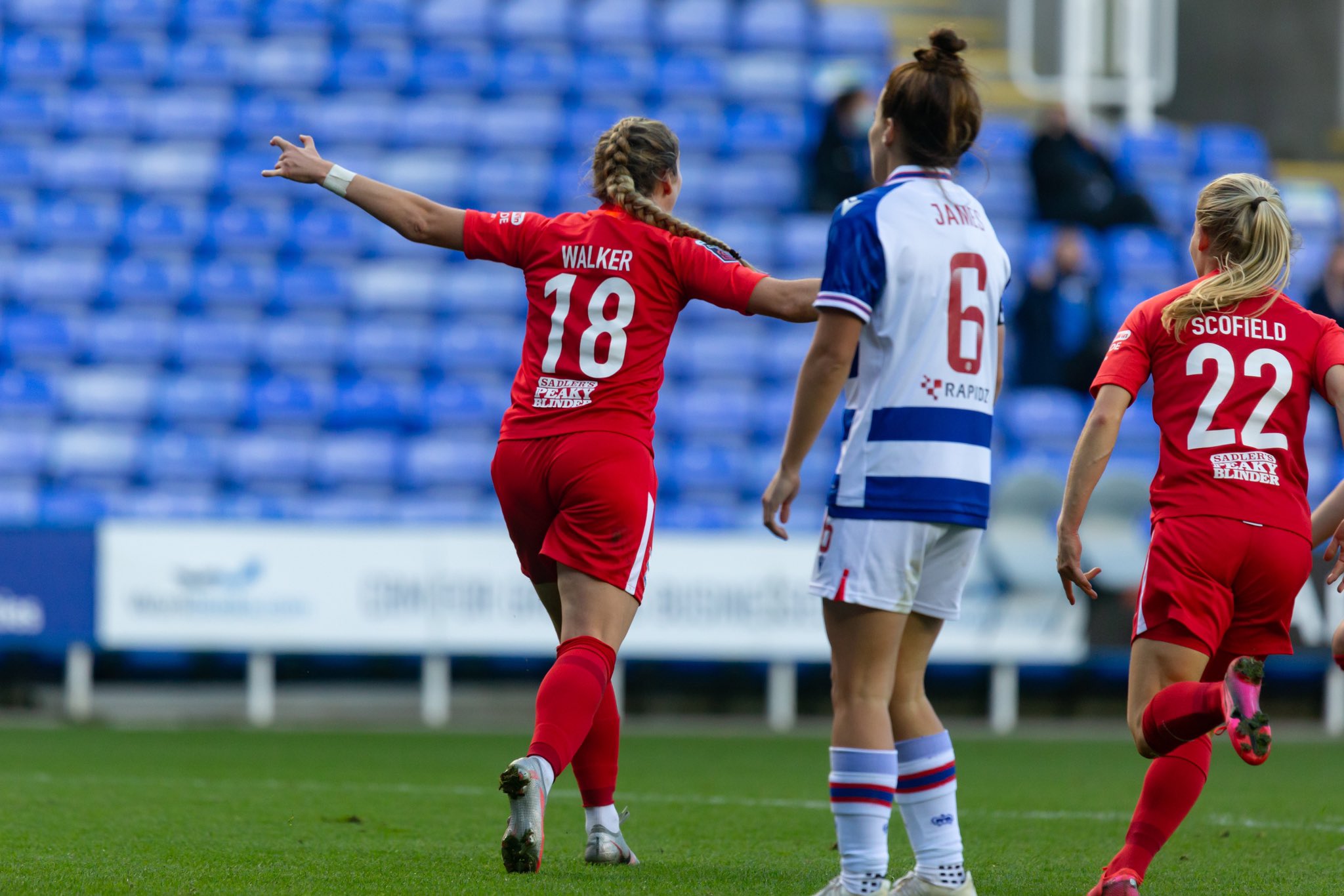 Birmingham City Women continued their league campaign with an impressive 3 points gained against a strong Reading Women side. In a game where Reading dominated in both possession and number of shots on goal, Blues managed to stay strong at the back and then spring the killer goal with just 20 minutes to go.

It’s amazing what confidence can do to a player. Claudia Walker is a completely different player to last season and she’s on a roll! Two goals in two games and three for the season already. They say once you score your first the floodgates will open and you’ll keep on scoring. This is exactly how life is for Claud at the moment!

The goal came very much against the run of play. Reading had dominated the match and according to the BBC stats, Reading had 62% possession to Blues 38%. Reading had 22 shots to Blues 5 and Reading had 9 corners to Blues 0. But, as the cliche goes there’s only one stat that counts which is that Blues scored but Reading didn’t.

Sarah Mayling chased down a loose ball and sprinted to the by-line to cut the ball back perfectly into the path of Walker just inside the box. Walker then hit the ball so sweetly away from Reading goalkeeper Grace Moloney to put Blues 1-0 up.

The fact the scoreline remained at 1-0 was mainly down to the heroics of the back five. There’s no doubt about it, Hannah Hampton kept Birmingham in the game with a number of finger tip saves. Georgia Brougham also cleared the ball off the line to deny Reading, and Rachel Corsie, Becks Holloway and Harriet Scott did very well to keep together as a unit and get a number of vital blocks in.

Blues will take much comfort from the fact they managed to grind out a result when things are going tough. It reminded me of their last league game against a very strong Chelsea side but this time they worked even harder to keep a clean sheet.

In all honesty, our midfielders didn’t get too much of the ball, but Murray, Green and Whipp managed to do enough and that’s what counts. Connie Scofield was given another vital 45 minutes of play as she replaced Lucy Whipp at half time. Blues don’t have a very big squad but manager Carla Ward is very aware she needs to strike a balance between giving players game time alongside ensuring we get a result.

Ward gave the players a game plan today, and the players executed it to a tee. The win means Birmingham move up to 8th place with more vital games to come against Bristol City, West Ham United and Aston Villa. These next 3 games will play a massive part in defining Blues’ season. Keep Right On!

Blues Women Fans PLAYER OF THE MATCH: Hannah Hampton – made a number of vital saves that kept Birmingham in the game. Hannah’s multiple saves meant we came away with all 3 points.