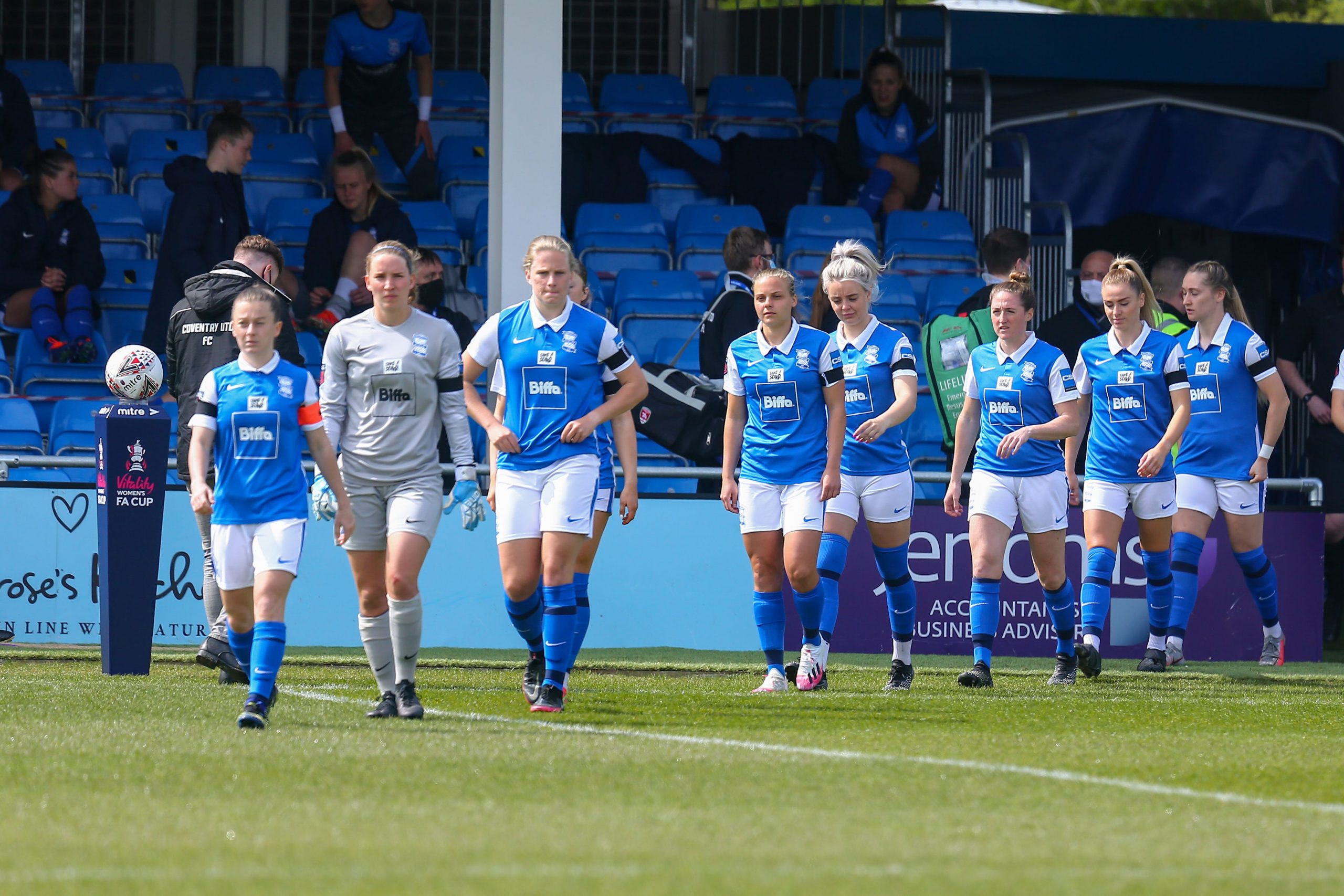 Birmingham City Women have just four league games left. The goal set by Carla Ward at the start of the season was to avoid relegation. Can they do it?

The bottom four places are occupied by West Ham United, Birmingham, Aston Villa and Bristol City. Just two points separate these four sides. Every team in this group has at least one game against one of their rivals so there are guaranteed points at stake.

Everyone have said it’s too close to call but as a writer and a fan I believe I should give my opinion. Both West Ham and Bristol have some very tough games so I believe it will be one of those two. Personally, I would love to see both Aston Villa and Blues stay up so we can play each other again next season… with fans present!

It’s been a while since my last News update for Blues Women Fans and so much has happened. The main reason for my reduced activity is because I’ve taken a journalist’s role with Her Football Hub. You can check out my first 10 articles at Her Football Hub

We’ve had three games moved from Solihull Moors to St George’s Park because the FA deemed the ground was not up to standard even though Solihull Moors play on it every week.

We’ve had the leaking of the letter sent from the players to the board highlighting all the inadequate conditions and facilities our players are having to contend with. It’s worth noting that the deteriation in conditions hasn’t happened overnight so it’s been more about a build up of so many failings by the club that the players felt they couldn’t remain silent any longer.

Carla Ward has come out and said she wasn’t expecting the letter to be leaked to the press. But if it wasn’t made so public it wouldn’t have attracted all the support it did from so many fellow players at other clubs.

The club responded by rebutting all the points the players made and used the opportunity to address the groud problems by saying they will be moving away from Solihull Moors to St Andrew’s for one season. This has gone down like a lead balloon with most supporters. More on this to come another time!

Plaudits on the field

After a difficult few months without a win, Blues picked up their first win since November and their first win at home for 18 months, by beating Coventry United 5-1 in the FA Cup. It’s the first time since October 2019 we’ve scored five in a game so its good to see the team regaining their confidence albeit to lower league opposition.

Goals tally for 2020/21 so far in all competitions

Assists tally for 2020/21 so far in all competitions

Northern Ireland Women have qualified for the Euros for the first time in their history. Chloe McCarron and Becks Holloway both played their part in securing qualification with wins over Ukraine home and away. We look forward to seeing Chloe and Becks play in the Euros next year.

Last weekend Carla Ward handed debuts to goalkeeper Sophie Whitehouse and striker Veatriki Sarri. Whitehouse had a comfortable game and made some good saves when needed. However, there wasn’t much she could do to stop the wonder strike consolation goal from Georgia Stevens.

Sarri was amazing. She made some darting runs and cleverly linked up with her teammates to open up the opposition. Vea almost scored her on debut with a thundering shot but it wasn’t to be. Sarri was deservedly voted Player of the Match by Blues Women Fans.

It was also fantastic to see the long awaited debut of Heidi Logan. Heidi has been hampered by injury for about 18 months but she came on for the final five minutes. Hopefully we’ll see plenty more of Heidi before the season is out.

It’s been well documented that over the last two years Blues have lost a total of 19 players if you include Rachel Corsie and Destiney Toussaint. The last two summers at Blues have been ones to forget!

Get these three things right and I’m sure we’ll see players agreeing to contract extensions. If we don’t see all three then I fully expect players to leave.

Next Up For Blues

Next up for Blues is yet another home game, this time against Reading. The Royals currently sit in 7th place but their recent form has been poor. Reading’s last win in the WSL was back in early February when they surprised everyone to beat Man United 2-0 away from home.

When Blues played Reading in the reverse fixture back in October, it was Carla Ward’s team’s first win of the season. Blues won 1-0 thanks to a Claudia Walker strike and this led them to go on to a mini-run of good form.

Having come away with a comfortable win against Coventry last weekend, Blues should be full of condidence to try and get the three points. A win on Sunday will go a long way towards securing their Women’s Super League future for next season.