Sarah Mayling is an English footballer who currently plays for Birmingham City in the Women's Super League. She made her debut for Birmingham in March 2017 after joining from Aston Villa which she has been since she was 8 years old. Mayling has represented England at Under 15s, Under 17s, Under 19s, Under 20s and Under 23s levels.

Sarah's highlight of her career so far was definitely playing in the FA Cup Final at Wembley in 2017. Even though Birmingham lost the final to rivals Manchester City, it was a fantastic achievement to reach the final and then play in front of over 35,000 fans. 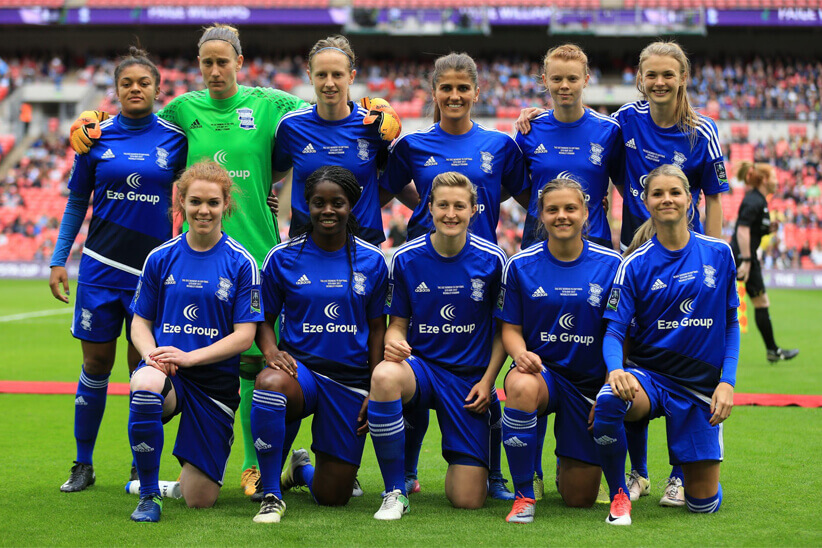 Player of the Match

Sarah has been one of Blues best players this season and has deservedly won the Player of the Match award on more than one occasion. Here she is being congratulated for her performance in the 2-0 win over Liverpool in October 2019. 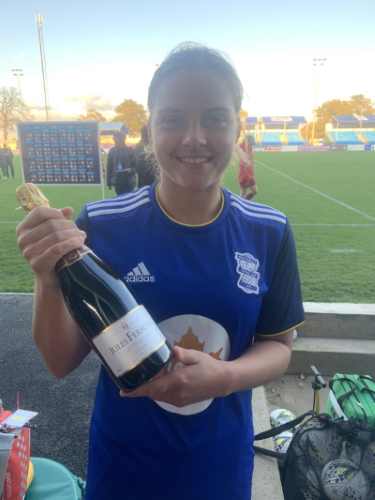 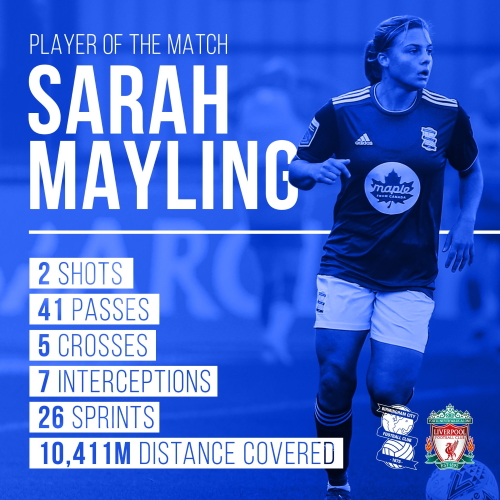 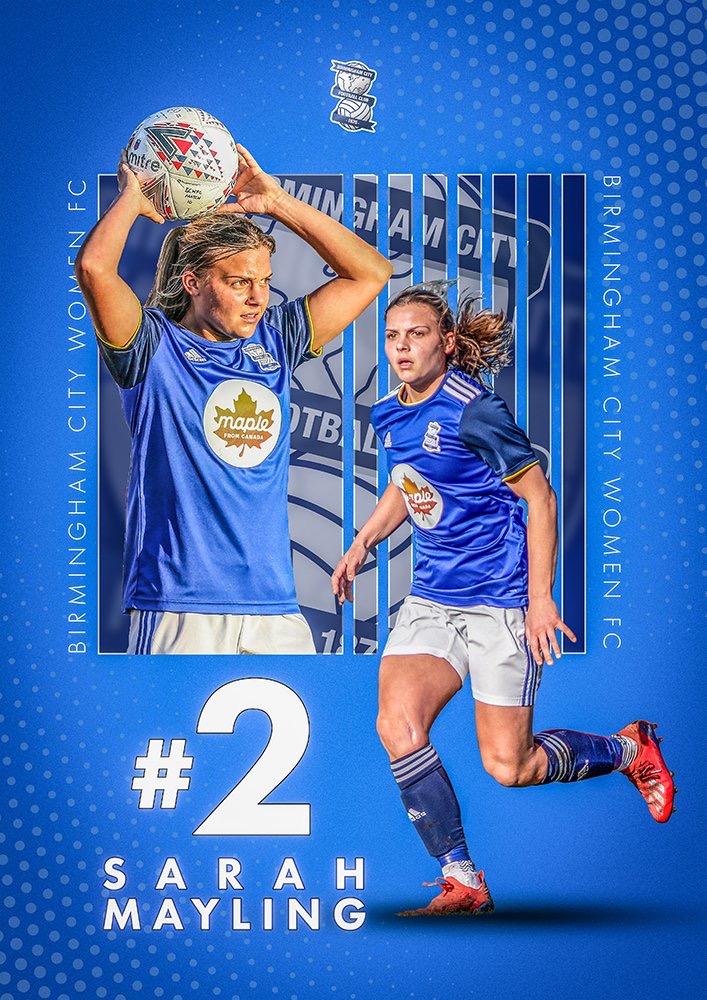 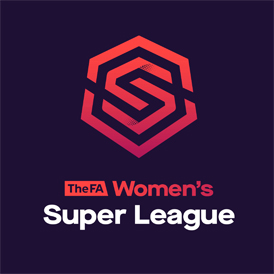 The FA Women's Super League is the highest league of women's football in England. The WSL is Europe's only fully professional domestic women's football league, with all clubs being full-time. Barclays have agreed a 3 year sponsorship with the league understood to be worth more than £10 million.

Proud Club with a Proud Tradition

Birmingham City Women (formerly Birmingham City Ladies) was founded in 1968 and is one of the most respected women’s football clubs in England. They are founding members of the WSL in 2011 and have been in the top tier of English football ever since. 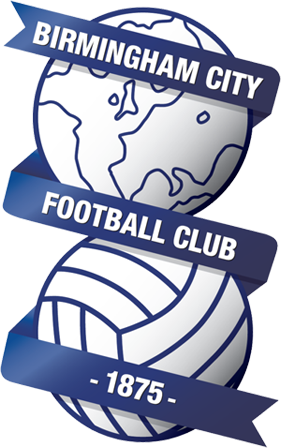 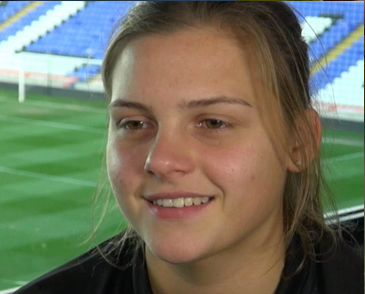 Sarah
and The Blues

Sarah made her debut for Blues on 19 March 2017 in the FA Cup against West Bromwich Albion. Since then she has gone on to make over 60 appearances for Blues including WSL, FA Cup and Continental League Cup. 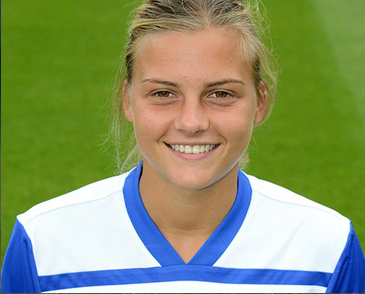